Digital Resilience for Financial Services Firms | What is DORA?

Monday 12th October saw the Bank of England (BoE) publish its latest Dear CEO letter, this time focusing on operational readiness for a zero or negative Bank Rate. This follows the Bank signposting the need to consider the appropriateness of a negative official Bank Rate during its August Monetary Policy Committee (MPC) meeting.

The Bank has provided a voluntary questionnaire requiring a one-month turnaround for firms to complete, asking both qualitative and quantitative questions across areas including:

Whilst none of this should come as a surprise for firms given signs from policymakers that this was very much a weapon in their armoury, we would stress the importance of giving this full consideration, regardless of whether your firm intends to respond to the BoE.

Previous lessons from the Global Financial Crisis from 2007 to 2009 showed firms experienced challenges with systems due to the potential of negative interest rates. An example of this was one bank’s mortgage tracker deal at Bank base rate minus 1.01%. When the base rate went to 0.5%, on paper this suggested they would be required to pay the customer at 50bps.

The reality was legal protections in the agreement meant the bank was only ever exposed to a floor of zero interest. However, the bank’s system was unable to process a zero rate, meaning a token 0.01% payment had to be taken and then credited back to the customer. Such manual processes proved unnecessarily time consuming and was an unnecessary distraction at a time when other challenges around loan books were presenting themselves.

FourthLine’s own perspective is for firms to consider: 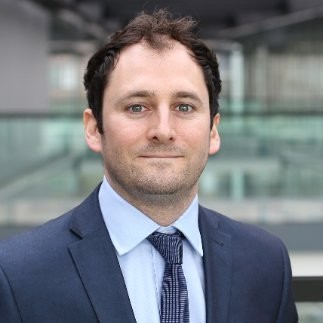 Ross specialises in risk management and regulation. He has worked extensively across non-financial and financial risk management engagements in his time in consulting in both the UK and New Zealand.