Free Webinar: Aligning the structure of your Data Governance team with your maturity

What's that coming over the hill - is the SM&CR a monster?

Getting ready for the full roll out of SM&CR shouldn't be a monstrous task if you put the proper preparation in place now, writes Jason Gardiner.

The Senior Manager and Certification Regime (SM&CR) goes live in December 2019 for the majority of FCA-regulated entities. Some larger firms have been subject to the regime for a while but most of the industry will be grappling with it for the first time.

With a host of competing priorities (everything from Brexit preparations to enhanced fund governance requirements), firms will need to ensure that SM&CR gets the required attention and resource allocation before it turns into a problem.

On the plus side, the principles underlying the new regime and the objectives the FCA is trying to achieve are not new and are hard to argue with. As I said in a previous article in June (Good governance: how new requirements for non-executive directors & SMCR will affect asset managers), “senior management responsibility” has been a recurring theme for the different regulators over the past 25 years or more (since the Barings debacle at least). Some might say tougher requirements are long overdue. Well, hand-in-hand with the new rules on non-executive involvement in funds and their management companies, the new SM&CR requirements are a natural development on this theme. No-one can say it has not been well-flagged.

We also have the benefit of some insight from those banks who have been first into the regime. The FCA published comments from senior individuals who’ve been involved in their firms’ preparations and their comments are largely positive. Here are some typical extracts:

However, there were also words of warning about what and who should be involved:

Here is a quick reminder of some of the key elements of SM&CR for those already engaged in projects and a heads-up for those who have yet to start.

There are 3 main elements that make up the SM&CR:

The FCA has stated that “The SM&CR doesn’t require firms to change their governance structure or hire new people to fill specific roles”. Whilst I agree that this should be the case, in my experience, when firms take a fresh look at their arrangements, anomalies, gaps and shortcomings are often flushed out. Don’t be surprised if this occurs when your firm undertakes SM&CR implementation.

The nature and complexity of SM&CR requirements depends upon a firm’s classification (“Limited scope, Core or Enhanced”) and the vast majority of firms by number should be Core. For Core firms, approved individuals will be automatically converted by the FCA wherever possible, with no action required by firms in terms of the FCA register. There will, though, be plenty for firms to do internally.

Perhaps surprisingly, given the regulator’s focus on governance and the role of Non-Executive Directors, this position (along with a number of others like the Customer Function) will no longer be FCA-registered and existing approvals will expire automatically.

We will all need to get used to compliance job adverts and CVs referring to SMF16/17 as opposed to CF10/11 in the future.

Looking at the new requirements “in the round”, I’d say they broadly represent a fairly logical extension to a number of existing requirements. The theme of senior manager responsibility has been around for a very long time and many SM&CR elements seem very familiar. The Statements of Responsibility and Responsibilities Maps requirements, for instance, sound awfully similar to the Apportionment and Oversight rules which came in many moons ago.

There are definite, significant differences though, depending on the type of firm and the individuals involved. In order to get things right, there’s no real alternative to someone putting in the time and effort to understand a firm’s current arrangements, assess them against the incoming requirements and make the required changes in a timely and effective manner. Whether this is done in-house, by bringing in external help or a mixture of both should be one of the first decisions taken by a firm’s governing body as it prepares for life in a brave new SM&CR world. It really shouldn’t be a monstrous task but don’t underestimate it. 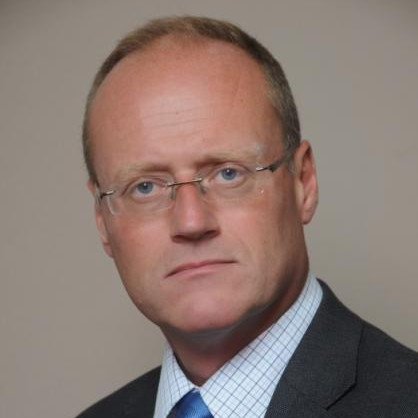